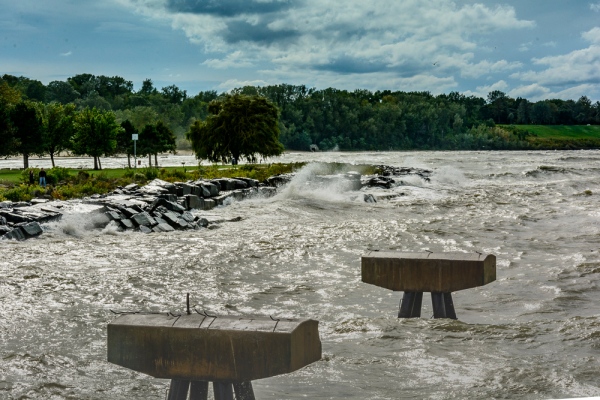 This afternoon after Bob and I drove our granddaughter into Cleveland to visit a friend at her Cleveland State dorm, we headed a little farther west to Edgewater Beach park for an unplanned trail walk in the park. I wish you could have been there. As you can see from the pictures, the wind was fierce. Nothing approaching hurricane strength, but strong enough to blow my hat off my head, so I left it in the car. Bob took off his glasses and put them in his pocket, fearing they might fly off his face.

It definitely wasn’t beach and swimming weather, so I was surprised to see people in the water until I realized they had surfboards and S.U.P.s (Stand up paddle boards), and had come to the lake front to enjoy the wind and waves.  I headed toward them with my camera, determined to get some action shots along with the landscapes (or lakescapes) that I had planned for. Five or six men (and one loon) were in the water. I’m not going to touch that comparison. Nope, just not going to go there! I’m just going to give these guys the respect they’ve earned by jumping into that water on a cold, windy, fall day. 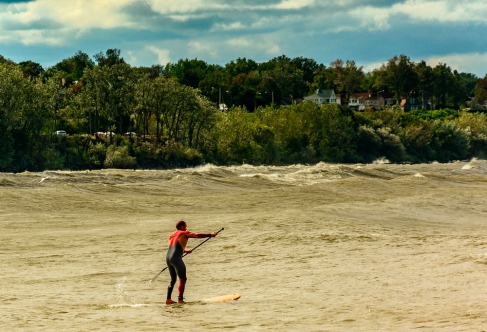 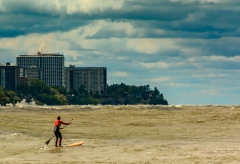 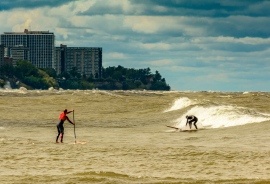 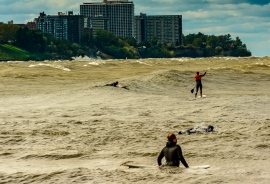 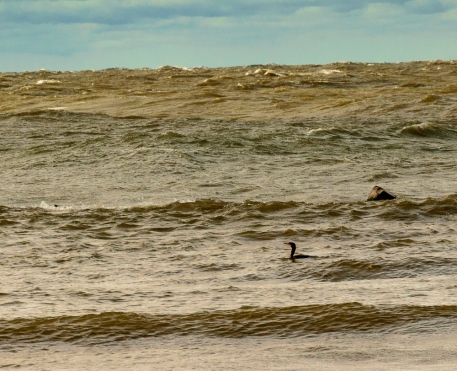 What do you think of that loon? It’s the first one I’ve ever seen, and I’m pretty excited that he joined the surfers. It made my day!

We watched the action for awhile, then turned eastward and walked along the lakefront where I took these pictures (Click to enlarge pictures): 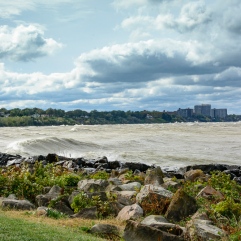 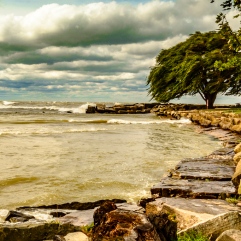 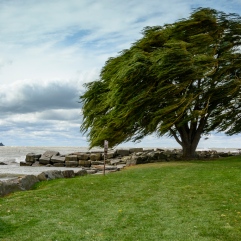 Then we headed toward the pier, which looked like a great location for capturing some city shots. 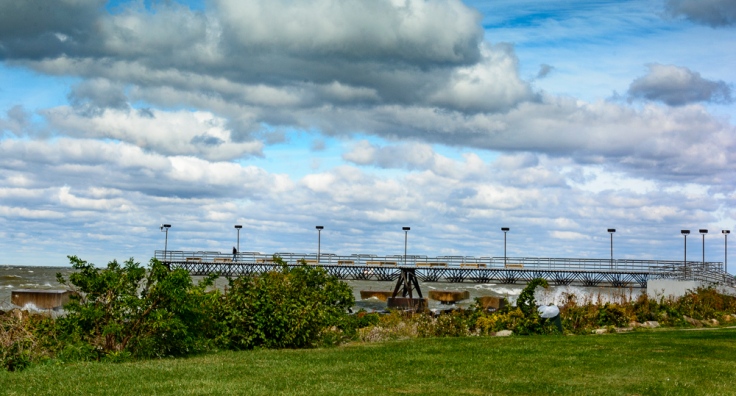 Walking almost to the end of the pier, we stopped just about where you can see the man standing in the picture. Hooking my arm around one of those light poles, I hung on tight and took these pictures of downtown Cleveland. 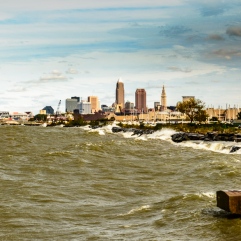 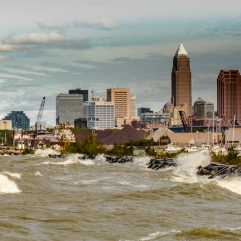 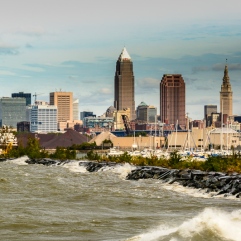 Mission accomplished! We left the pier and headed for the warmth of our car. On the way, I snapped one last shot of the city…with a group of grounded gulls in the foreground. Apparently their flight plans had been cancelled. I didn’t have any trouble figuring out why! 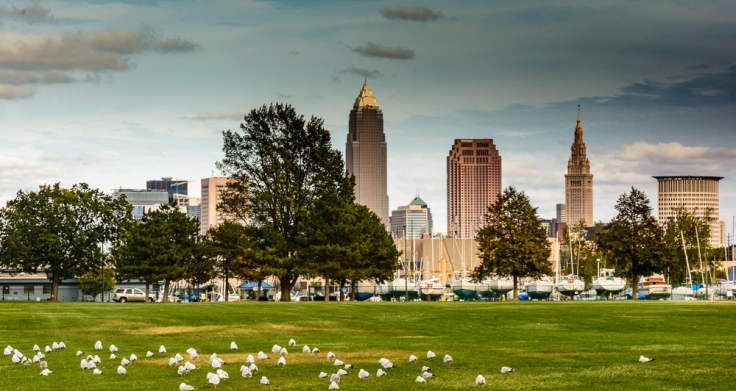 That’s it for today’s windy walk. Thanks for joining me on the trail.
I had a great time, and I hope you did too.