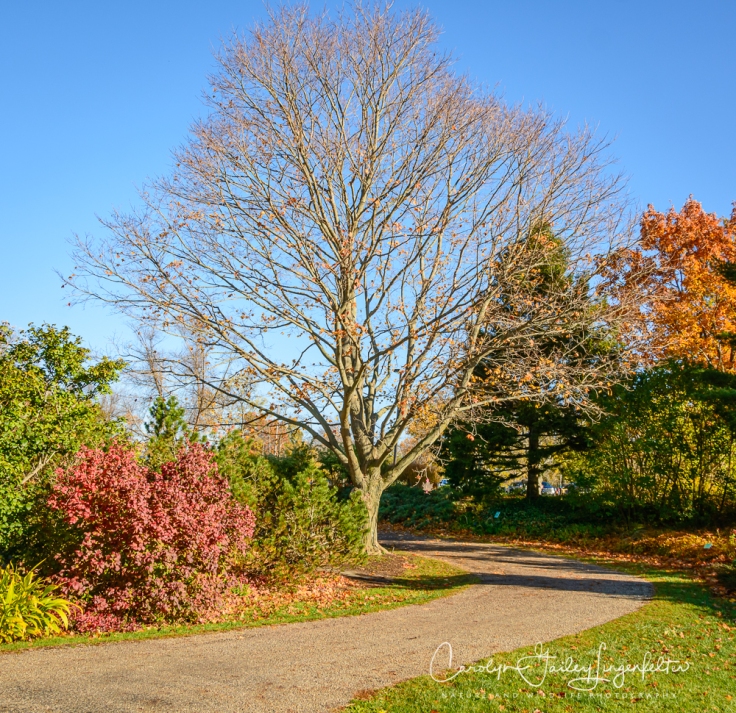 The sun was shining in a brilliant blue sky…October at its finest! I couldn’t believe my eyes! If you know me at all, you will know that I quickly packed up my camera and headed to the Arboretum for a photoshoot.  A morning like this is an unexpected gift…not to be spent indoors. I started down the trail as usual to see if there were any leaves remaining on the sugar maple tree, which had already reached its prime when I was here two days ago. On that rainy Saturday morning under grey skies, the maple looked like this… 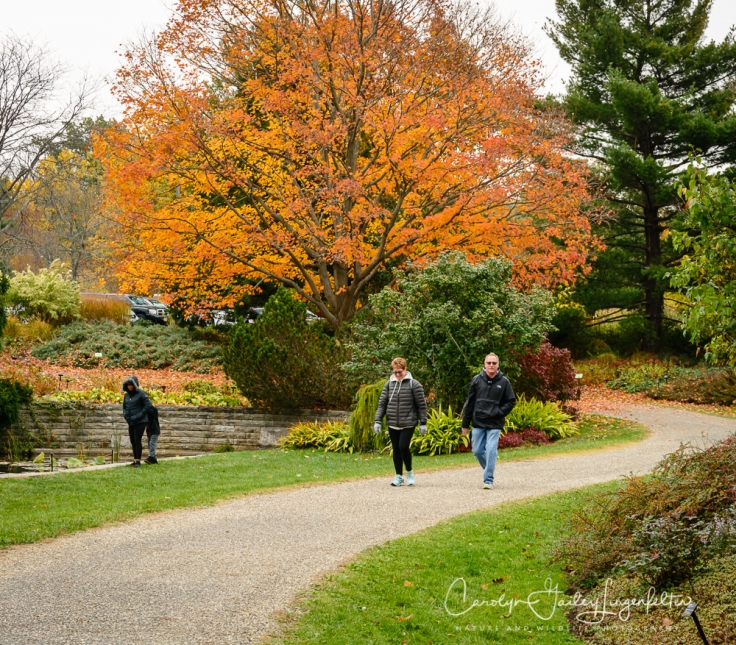 Unfortunately, since my Saturday morning visit, rainy, windy weather had rolled in and spent the weekend. And as you can see in the picture at the top of this post, the gorgeous maple had passed its prime in those few days. This morning only a few lonely leaves were left, clinging to the branches.

Nevertheless, this was a glorious morning, so after taking the picture above, I set off down the trail, anticipating more Autumn color to come around the next curve in the trail. Just to whet  your appetite for an Autumn trail walk, here is a mosaic of a few more pictures I took this morning. I promise you there will be more spectacular sights like these trees, but it’s too late to post them tonight. 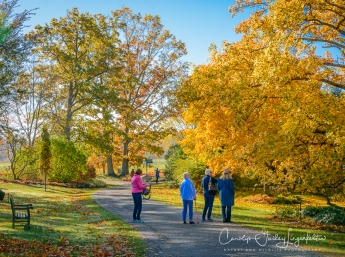 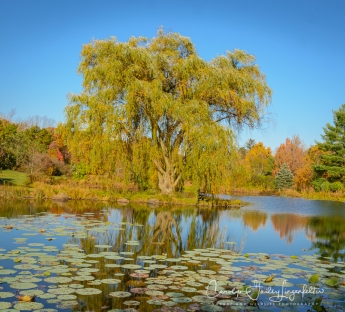 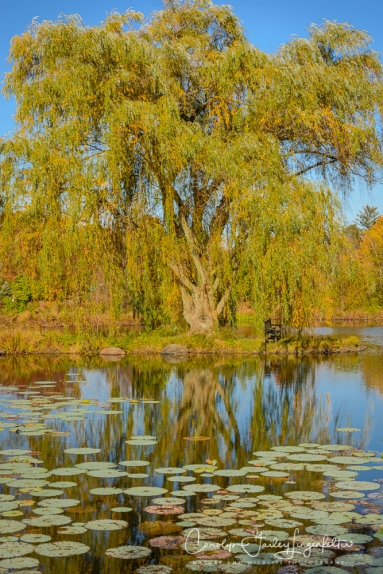 But I’ll be back in a day or two to share more Autumn joy! 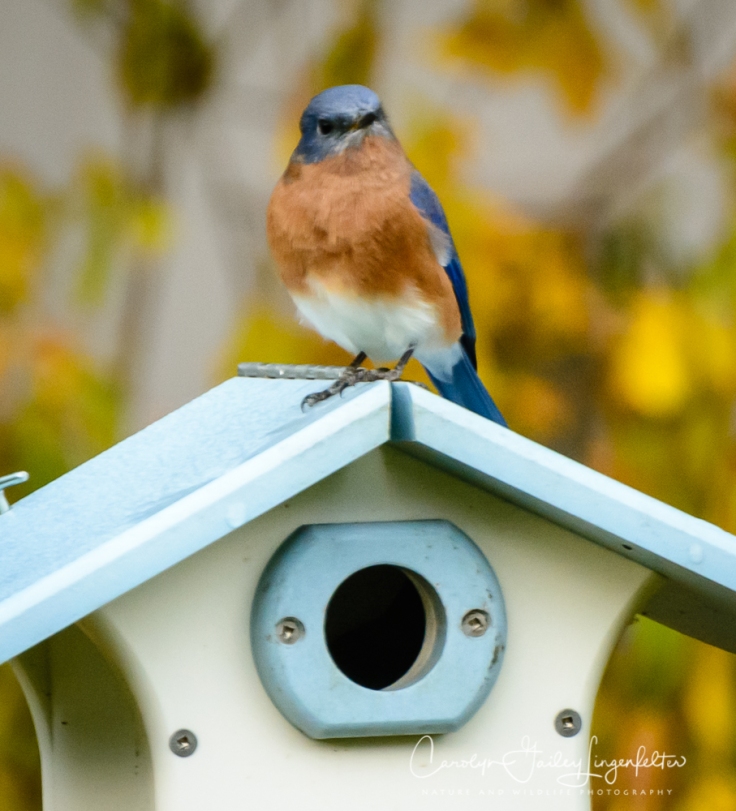 A pair of bluebirds made my heart happy today! I haven’t seen a sign of either one in months,  and I couldn’t believe my eyes when I saw him sitting on top of the nesting box this morning.

And then she joined him and together they checked out the neighborhood. 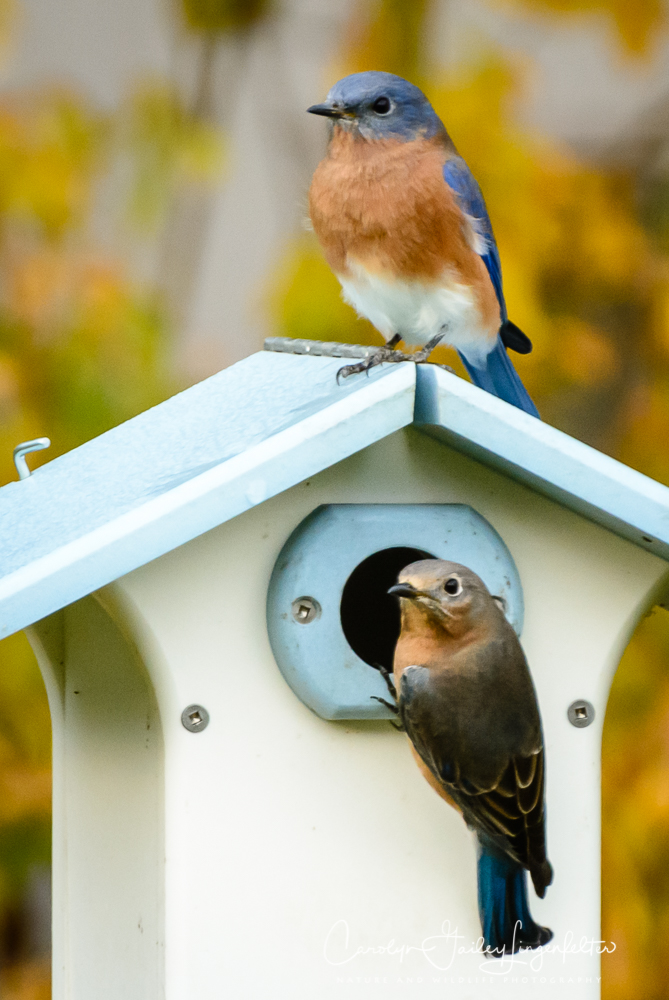 She peered into the nest, and I wondered if she would approve of what she saw inside. 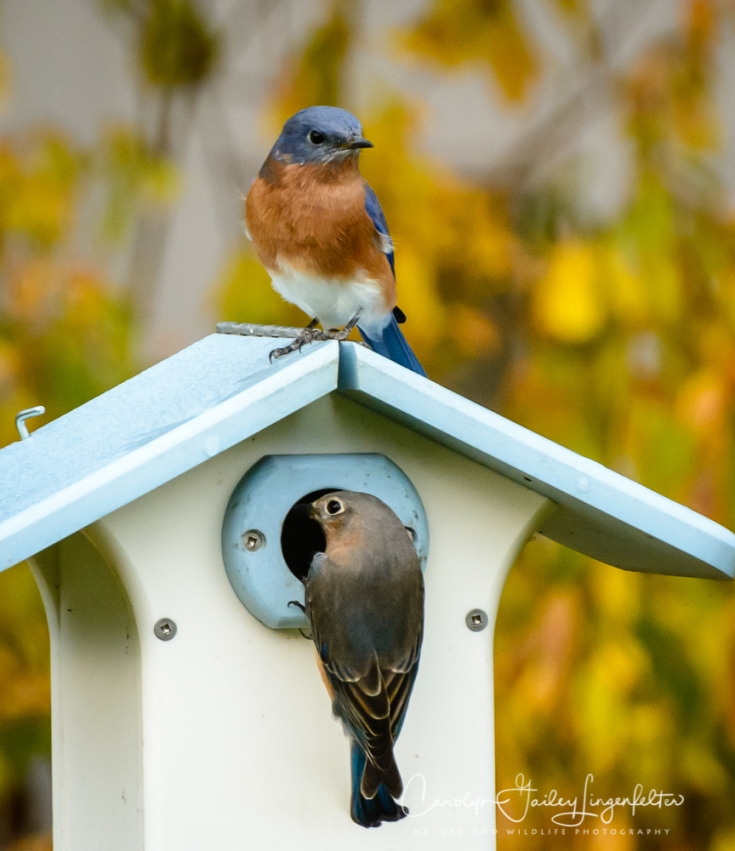 Disappearing inside to take a better look around, she inspected the box while he perched on top to survey the neighborhood, maybe keeping an eye out for the marauding neighborhood cat. 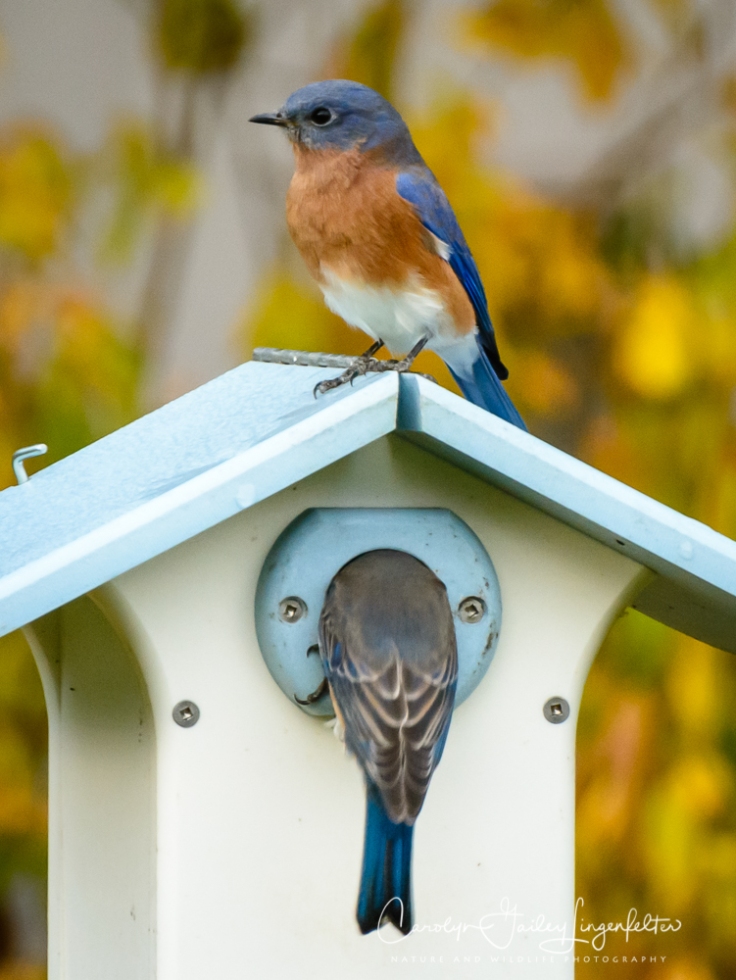 She climbed inside the nest, leaving him standing watch on the rooftop. 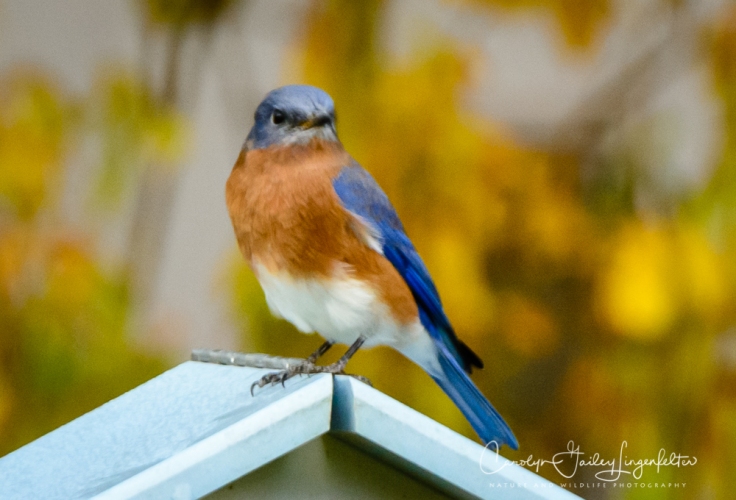 We put up this new bluebird box six months ago, hoping a pair of bluebirds would move in and raise their young where we could enjoy their family shenanigans. Unfortunately, shortly after the new box was installed some aggressive house sparrows moved in and chased the bluebirds away.

But today the bluebirds returned for another look at the box. After Mrs. B. completed her inspection, they both flew away, so I have no idea what her decision was. For now, I’m just going to keep my fingers crossed, hoping they will return. Meanwhile, as I said, it made my heart happy to see them in our backyard today.

That’s all the neighborhood news for now.

See you in a few days. 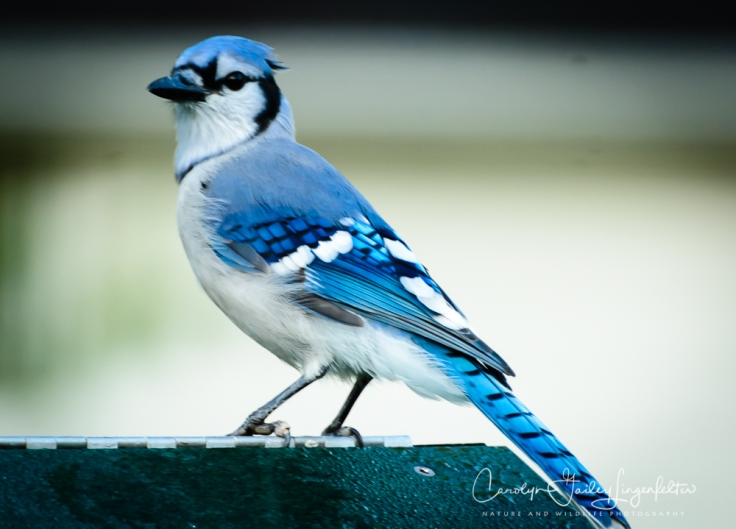 The blue jay landed, but didn’t hang around for long, just long enough for me to get one good shot. Then he took off, and was replaced by a woodpecker. 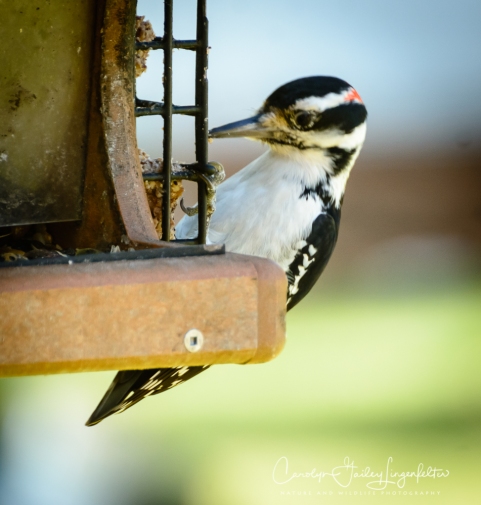 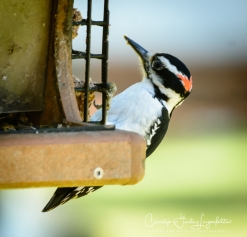 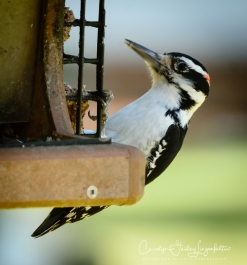 …who posed long enough for us to see the red feathered “cap” on top of his head. Apparently he is proud of the bright red feathers, and just wants us to know he’s the king of the backyard birds…at least for a moment or two.

That’s it for today’s backyard birding. We’ve been blessed with a long stretch of sunny weather and crisp air, but the weather made an abrupt change overnight from sunshiny days and a lovely full moon in the evening, to cool drizzly weather.  Although the change was sudden (and not altogether welcome), I’m holding out hope for more of October’s bright blue weather.

PS I almost forgot to mention that I posted some pictures from Sunday’s trail walk on my website. You can see them here. The Autumn colors were great. After the walk, we all went out for pizza. A nice ending to the weekend. 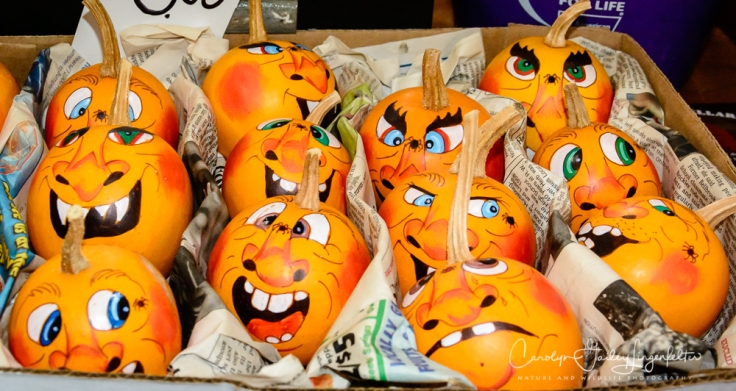 As it does every year, last week the calendar heralded the time for our “friends fall field trip”. Some years we drive around the countryside in Ashtabula County, visiting covered bridges or we be-bop around other scenic locations in Lake and Geauga Counties. This year rain was threatening, and we got a later start, but we headed out anyway and had a great time. I just didn’t take as many pictures. Actually only a few, and three of them were these mini-jack-o-lanterns I spotted at the farmer’s market where we made one of our stops. I couldn’t resist the bright colors and funny expressions on these creations. 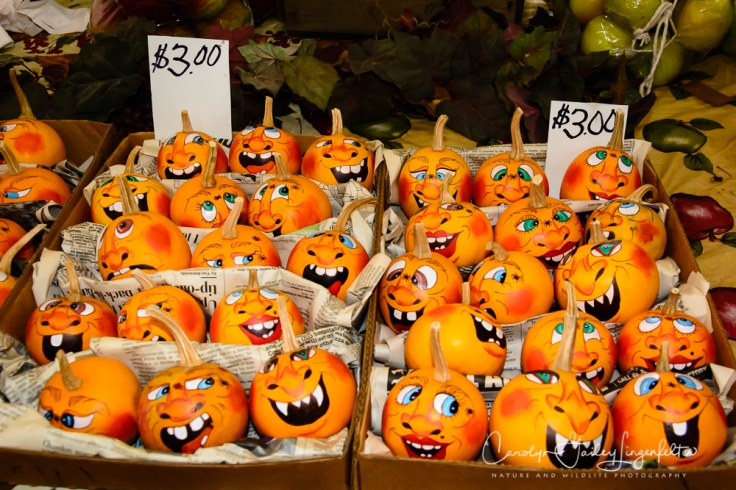 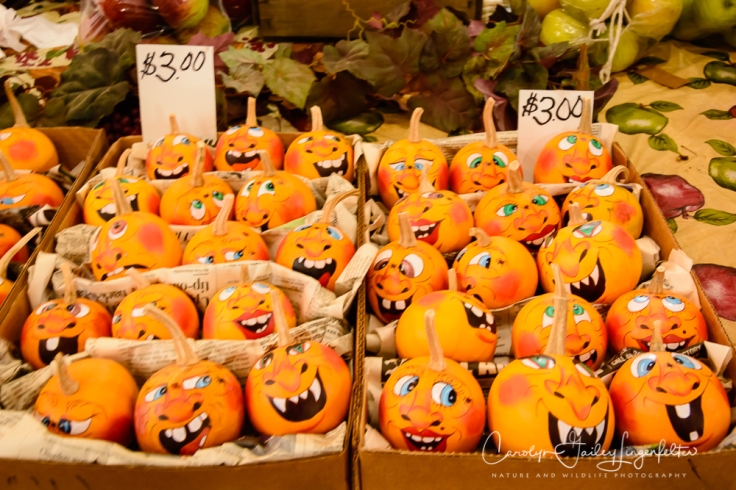 Despite the fact that it was October, we haven’t had much in the way of crisp, cool weather, and except for the little pumpkins, we didn’t see any significant fall color. However, that didn’t keep us from enjoying the scenery and tasting the food at a popular neighborhood restaurant and a couple of farmer’s markets. At one market, this bee-control device caught my eye. It was obviously effective, and inexpensive as well, because there were plenty of cucumbers for sale. 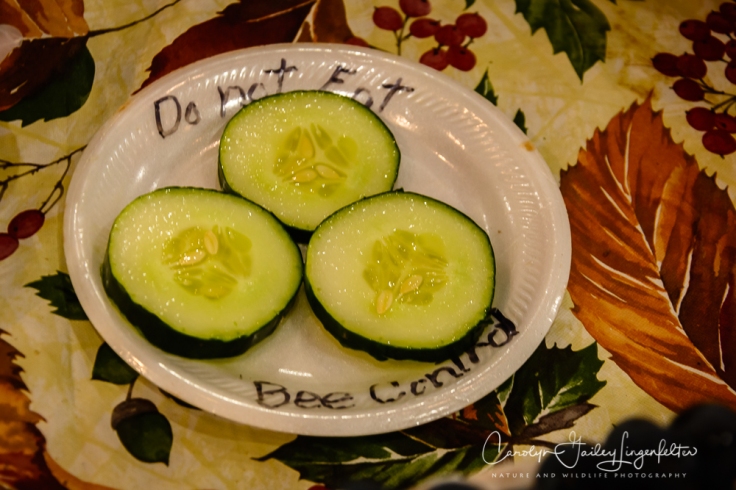 Along the way, I also spotted a mural that included the many covered bridges for which Ashtabula County is known.

At another stop, although still stuffed from the lunch, I purchased a chocolate muffin and cup of coffee and parked myself in a rocker on their covered patio to enjoy the view. (I can never resist a chocolate muffin and this was a particularly good one.) The view from my rocker included a pond surrounded by (mostly green) trees,  and one lovely orange one. Walking back to the car, I snapped a picture of the pond and one Halloween-themed tree. 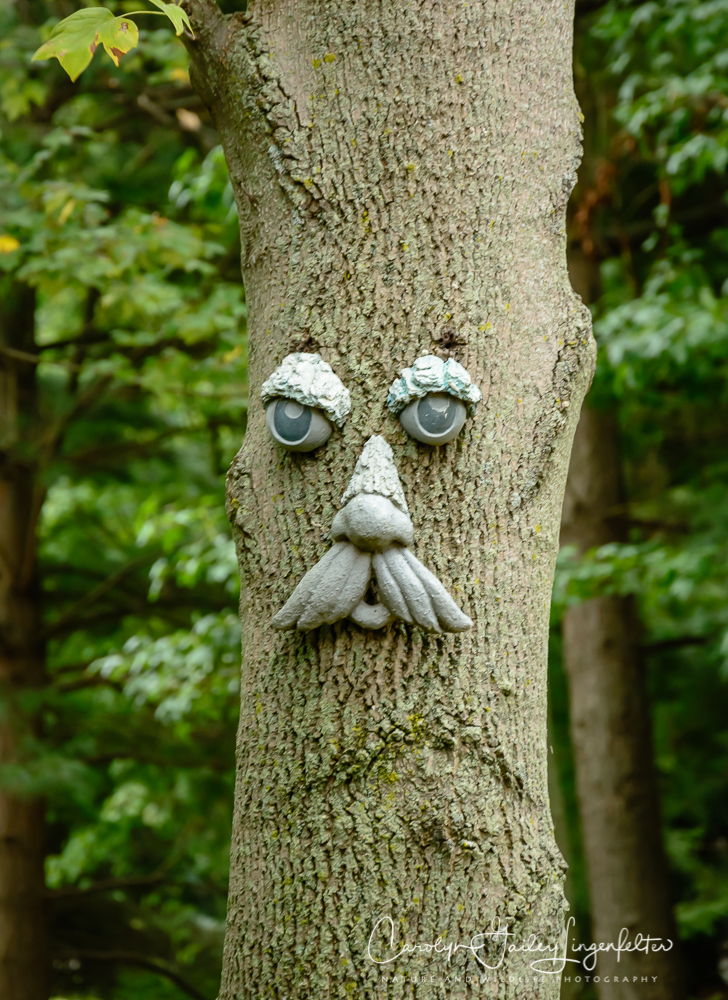 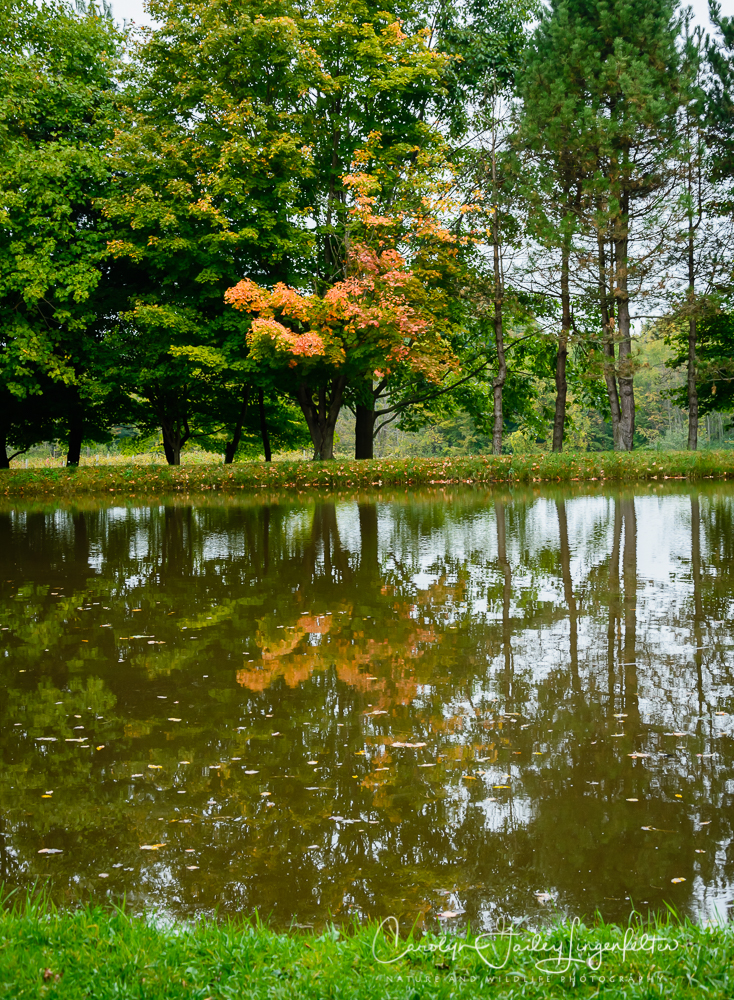 I wish I had taken more pictures, but that’s it for our 2019 friend’s fall field trip.

Thanks for coming along today.
Trail Walker 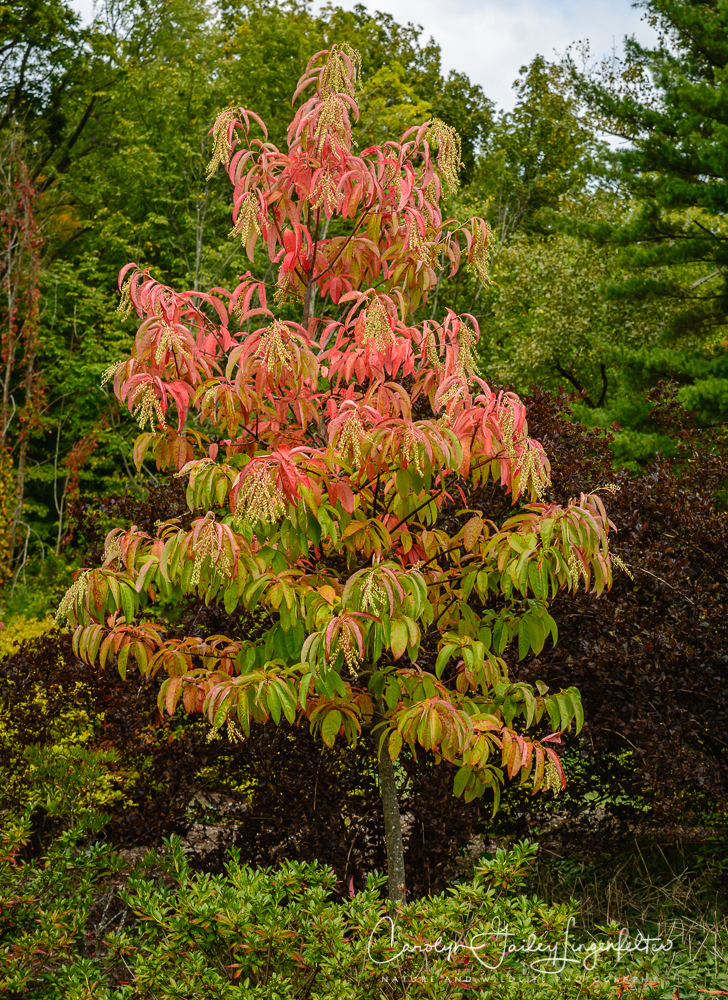 Today’s temperature hovered around 90 degrees as I headed out for a trail walk in Holden Arboretum. Although most of the trees along the trail are still green, a few, like the beauty above, are definitely announcing the arrival of Autumn. Am I looking forward to cooler temperatures? You bet I am! Hands down, Autumn is my favorite season, and I’m anticipating some colorful trail walks during October…and into November.

Here are the first pictures for my Autumn album: 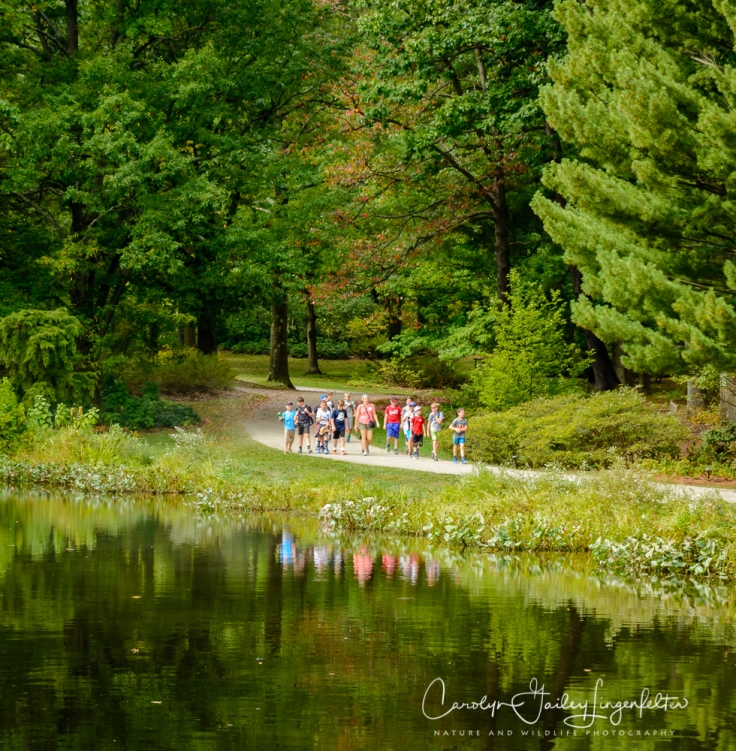 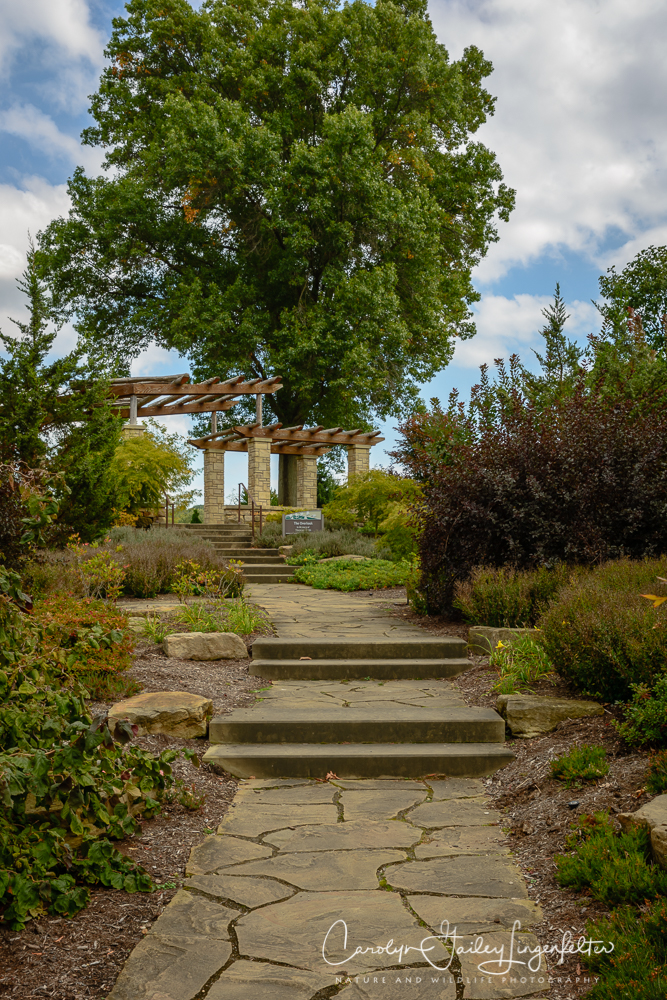 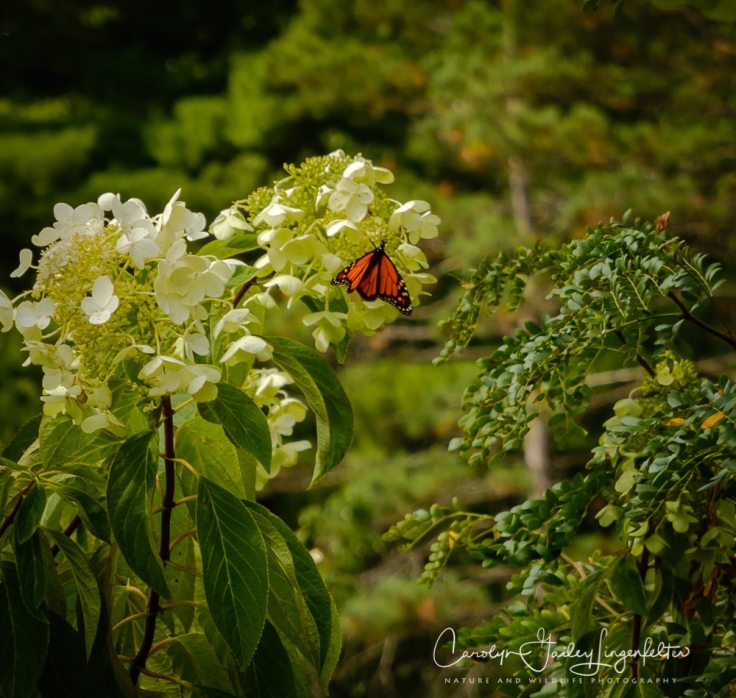 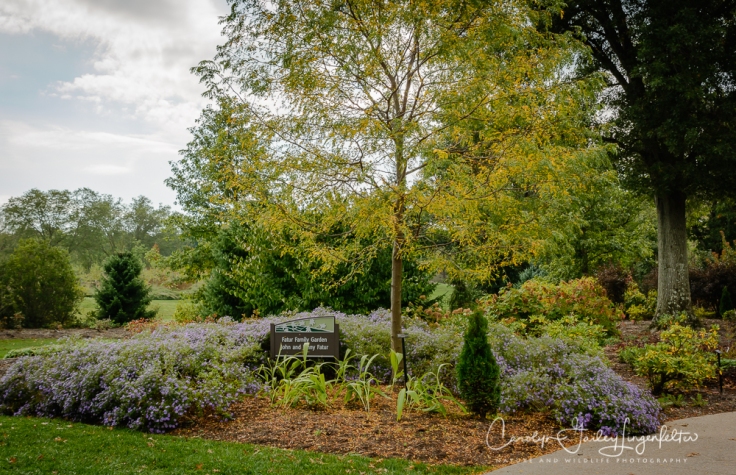 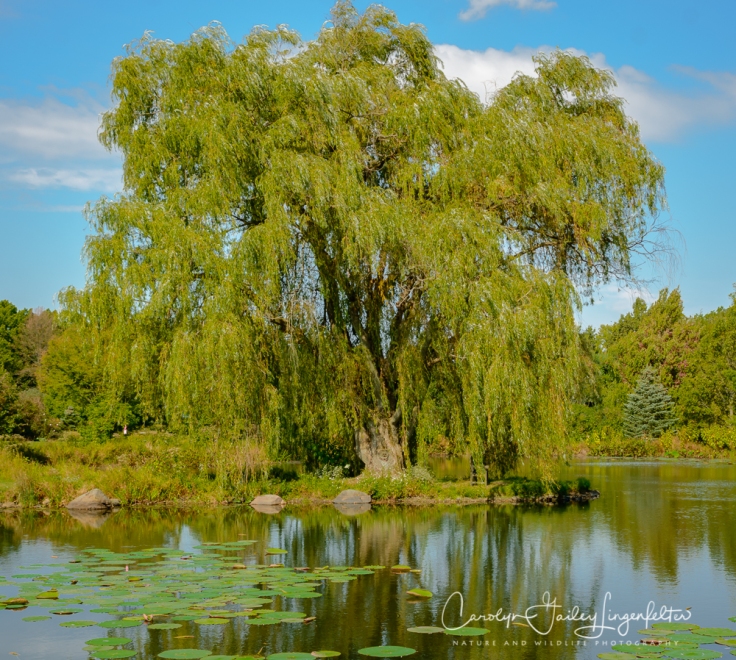 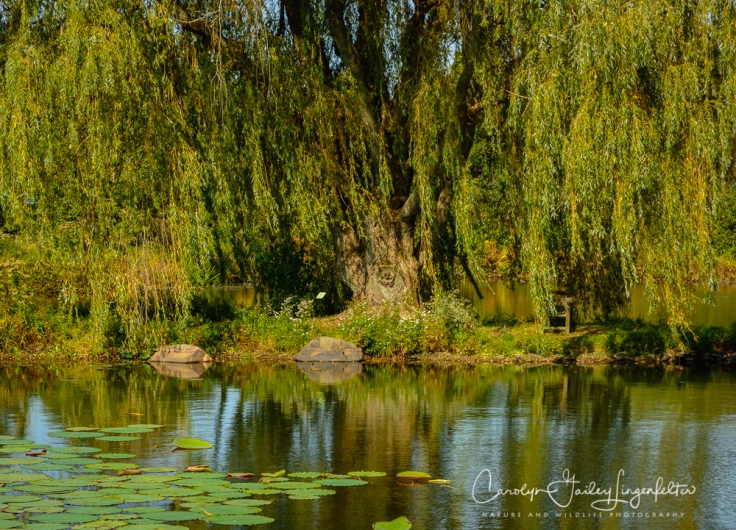 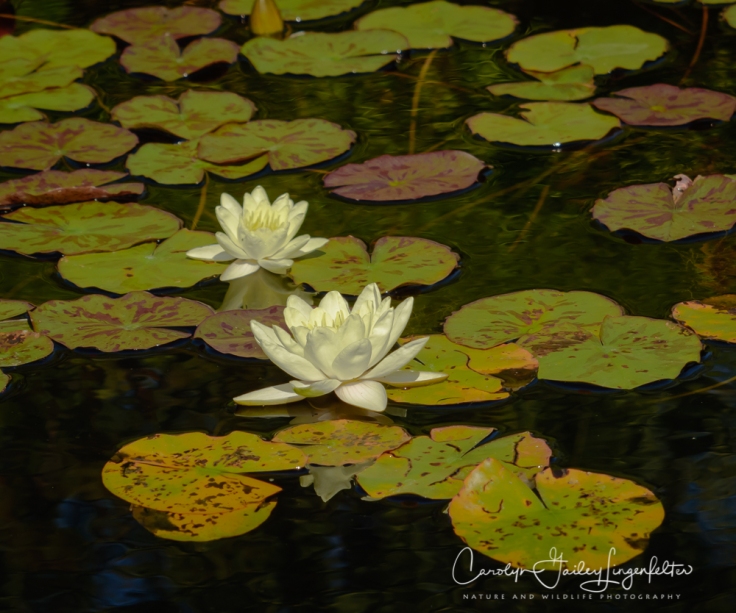 And finally, one of my favorite trees: the sugar maple. Every year, I photograph the transition of this magnificent tree from summer into autumn and eventually winter. Here’s the first picture, still dressed in green garb, but preparing for the dramatic change coming in the months ahead. 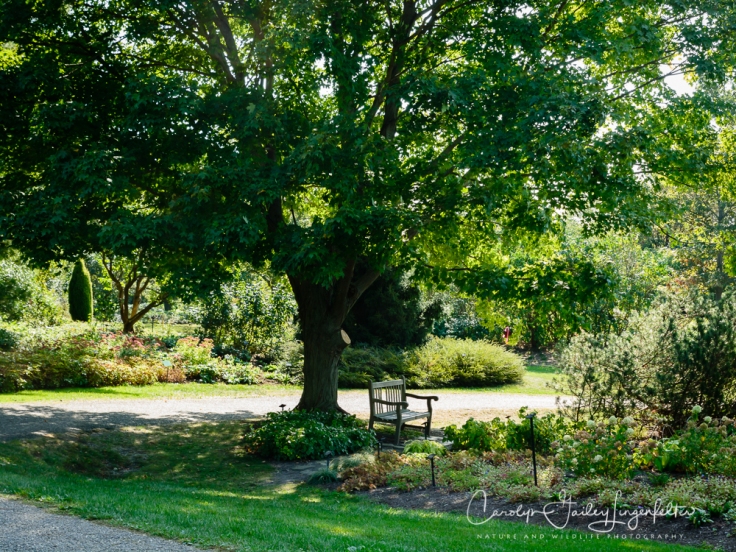 That’s it for week one of this year’s Autumn Album. If you are a trail walker who loves Autumn, come back next week when I will share more Autumn images.

Start a Blog at WordPress.com.