While our daughter Gretchen and her son Alec were in Ohio, we tried to get out to some of their favorite Ohio sites to visit. The Holden Arboretum and a Lake Erie beach were two of their choices, so we took my camera and headed out to visit both on one sunny afternoon and evening. First thing after lunch we drove out to Fairport Harbor where the beach was crowded with swimmers and boaters of all sorts. There really aren’t many beaches with lake access in our area, even though we only  live a mile from Lake Erie. Fairport is a small beach, but a nice one. They rent out kayaks, give lessons, etc, and things were in full swing on that afternoon. 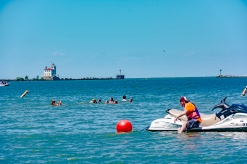 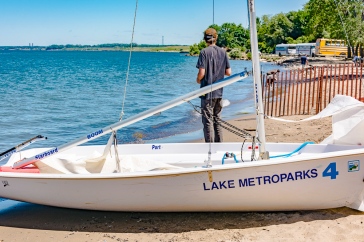 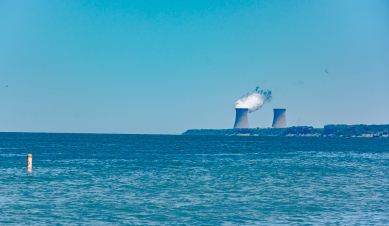 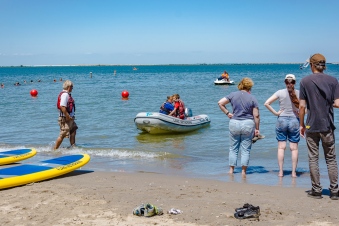 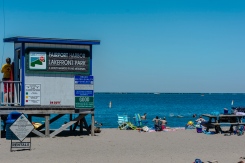 The Holden Arboretum, in Kirtland, Ohio, is one of the largest arboreta and botanical gardens in the United States, with more than 3,600 acres, including 600 acres devoted to collections and gardens.

Later in the afternoon, we picked up Michael and drove to the Arboretum. Michael just bought a new Canon DSLR and wanted to try it out. I only took a few pictures, but hopefully he had a great time and learned a few things about his new camera. The highlight of our Arboretum visit was a little toad that jumped across the path right in front of me. Michael also got pictures of a snake that conveniently showed up while I was busy watching the toad. I guess you would say it was a successful field trip! No snake pictures on my camera, but here are a few others.

Toad, trying to avoid the camera

Toad, trying to be invisible 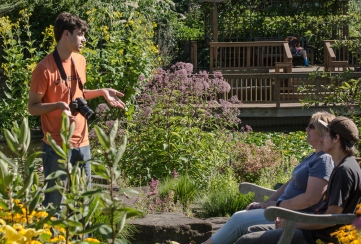 Michael talking to his Aunt Becky and Alec

Thanks for joining us on this photowalk.
Carolyn aka Skip

I'm an enthusiastic amateur photographer and nature lover, inviting you to join me on my trail walks.

Walking with a Smacked Pentax

A photographic journey through the North of England, Scotland and Wales

Strolling around SE Michigan & sending joy in the journey.

Back Porch Bed and Breakfast

Welcome to Our Home

Adventures at the Polar Equator and Beyond

putting down roots in Maine

My Own Paradise: Life on Seven and a Half Acres

Notes From the Hinterland

Exploring the wonders of creation through a 50mm lens...and other lenses too.

STOPS ALONG THE WAY

the breezes at dawn have secrets to tell you... ~ Rumi