As you may be aware, this handsome red bird is not an unusual visitor to my blog. All birders in northeast Ohio, as well as many other states, are familiar with the Northern cardinals, which are year-round residents of this area. So while I was hoping to find some migratory warblers on my trail walk today, and the cardinal doesn’t fit the bill, I couldn’t resist posting his picture because he almost looks like royalty in his wonderful red plumage. 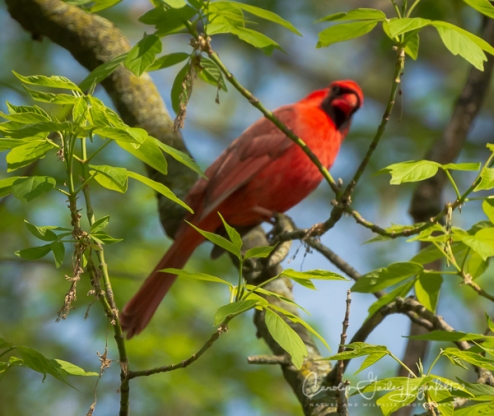 With that said, and the cardinal given his due, below is the yellow warbler, the first one I spotted this spring, which makes it special in my book! 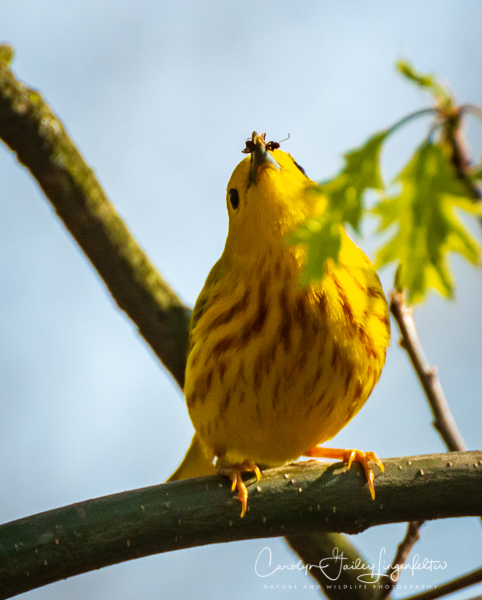 Take a close look at his beak and you will see that this little yellow, a male, as indicated by his streaky breast, has been successfully foraging for insects for breakfast. A nimble little bird, he probably picks the insects off the foliage or possibly even captures them as they fly by. His typical prey is midges, caterpillars, beetles, leafhoppers and other bugs, and wasps. It may be my imagination, but I think he looks rather proud of his catch!

Although the weather forecast for the next couple of weeks isn’t very promising, with only one day predicted to have temperatures above 70 degrees, I hope to get out and find more warblers. I’ve got my fingers crossed!

See you soon along the trail!
Trail Walkers

14 Replies to “Warblers have arrived”