This wasn’t a sunny morning, more on the cloudy side, but it wasn’t especially cold either. All-in-all, a good morning for a photo walk! The first bird to pose for my camera was the RBW (red-bellied woodpecker). She had discovered a few seeds on the top of the fence post and was enjoying a peaceful morning snack. 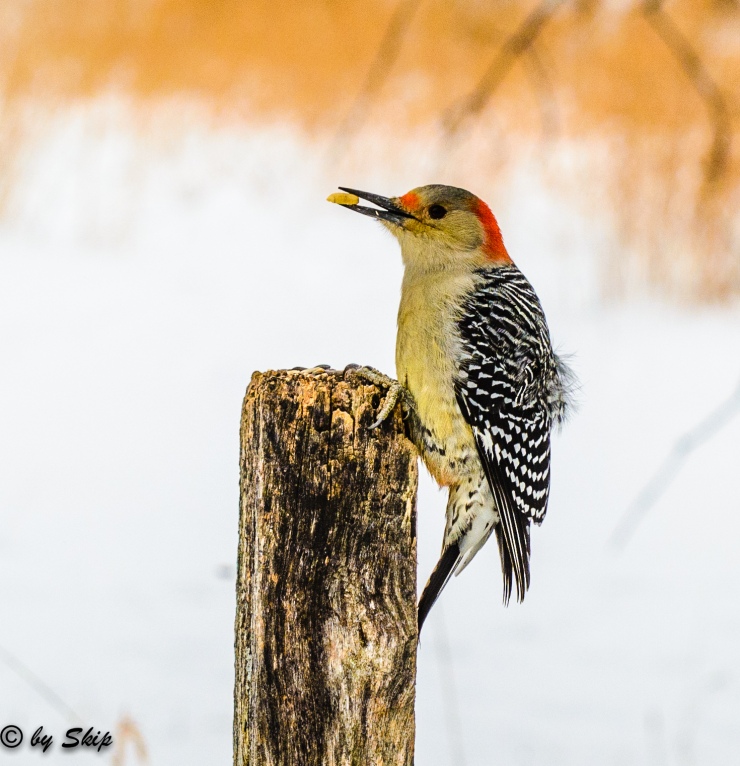 It didn’t last long, however. 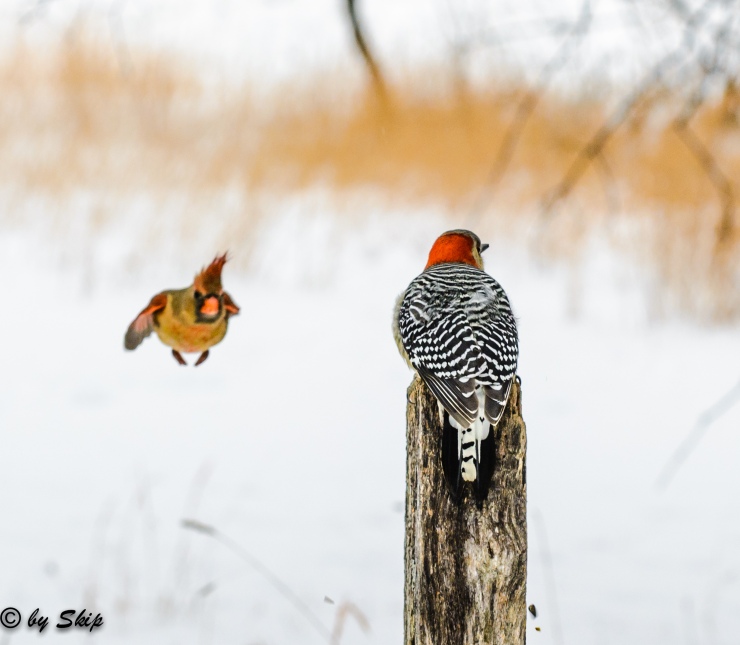 and life along the trail suddenly got a little dicey! 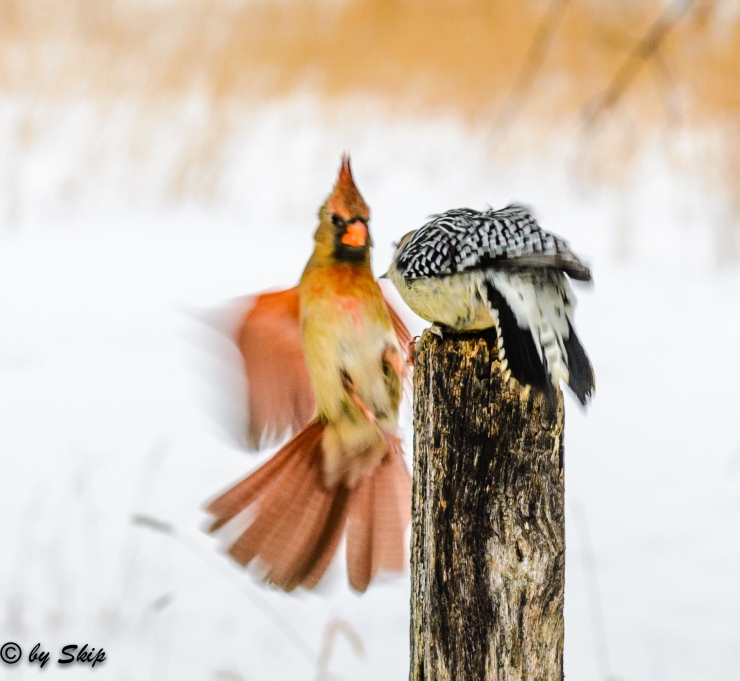 The RBW didn’t want to give up her position on the post, but the situation quickly worsened with the arrival of yet another cardinal… a male, and obviously a more aggressive type. Wings flapping, he landed on the post, right in the face of the RBW and directly on top of the coveted cache of bird seed. 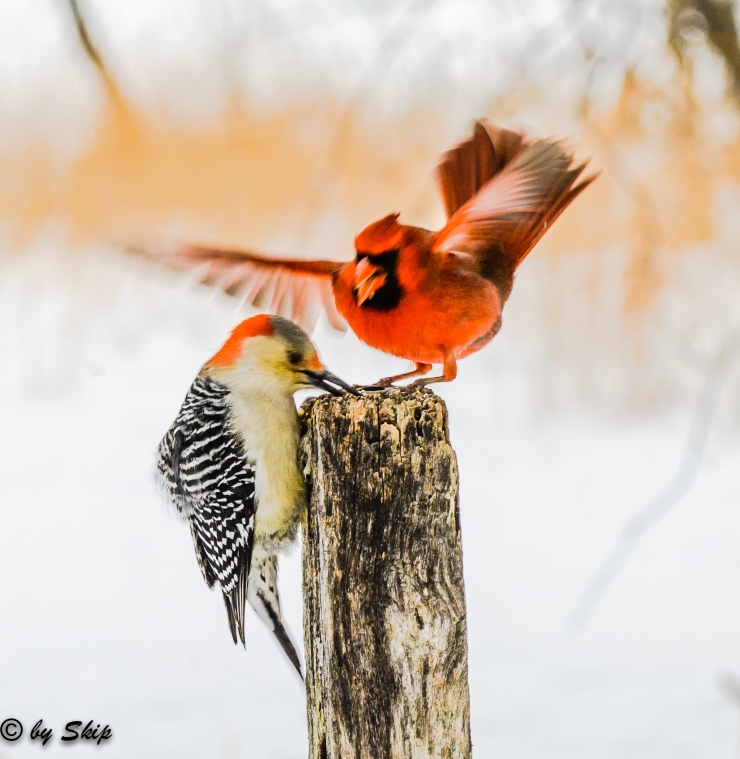 But then, to the surprise of the combatants,

a little white-throated sparrow landed nearby,

Without wasting a moment,

the RBW returned to her cache of seeds

as the cardinal temporarily hovered overhead, and finally flew away

(to return at a later time no doubt, because a cardinal will never give up).

You might think the action settled down at that point, with the little sparrow in possession of the fence rail (although not the top of the post with its cache of seeds)…

but you would be wrong because suddenly a blue jay,

with his eye on the top of the post and that cache of seeds,

appeared on the scene.

They always seem to know from moment to moment

exactly what’s going on in their territory, and, when an opportunity knocks… 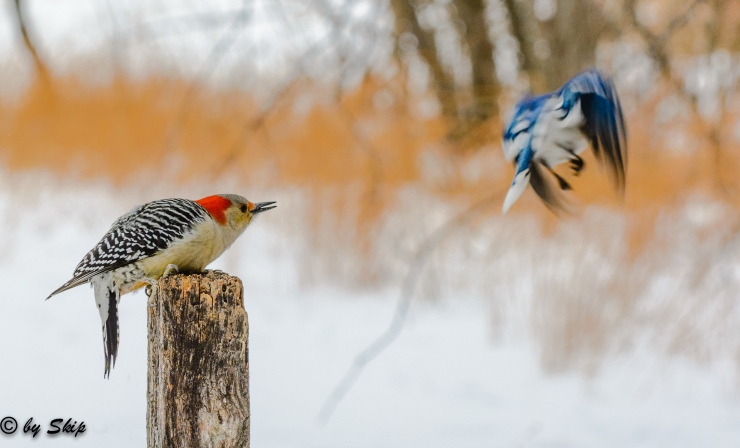 The cardinal returned briefly to reassess the situation.

but as my time in the park was over, I had to head for home

where laundry and other chores were waiting.

That’s what I saw along the trail today.

I hope you enjoyed your vicarious visit to Chagrin River Park.

4 Replies to “Not everything was peaceful along the trail today.”