In the afternoon, the sky cleared a little, and I took advantage of the break in the clouds to do a little birding before sunset. I knew there would probably be a variety of birds along the trail near the fence post, so that’s where I headed.

To my surprise, a bluejay joined the others in their game of “grab and go.” It was fun to get his picture because the jays usually keep their distance. Instead of joining the other birds in the fun, they linger in the branches of nearby trees, occasionally squawking and swooping from branch to branch; however, one of them was curious tonight, and I was able to get several good shots of him in action: 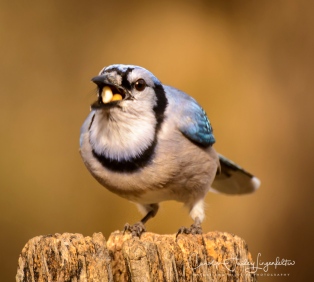 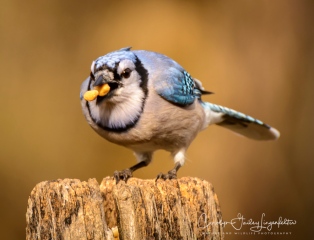 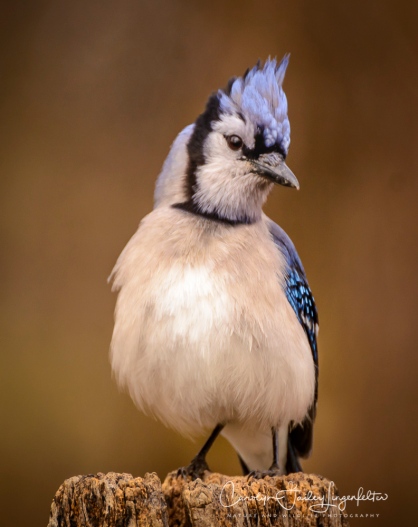 A song sparrow also joined in the fun. 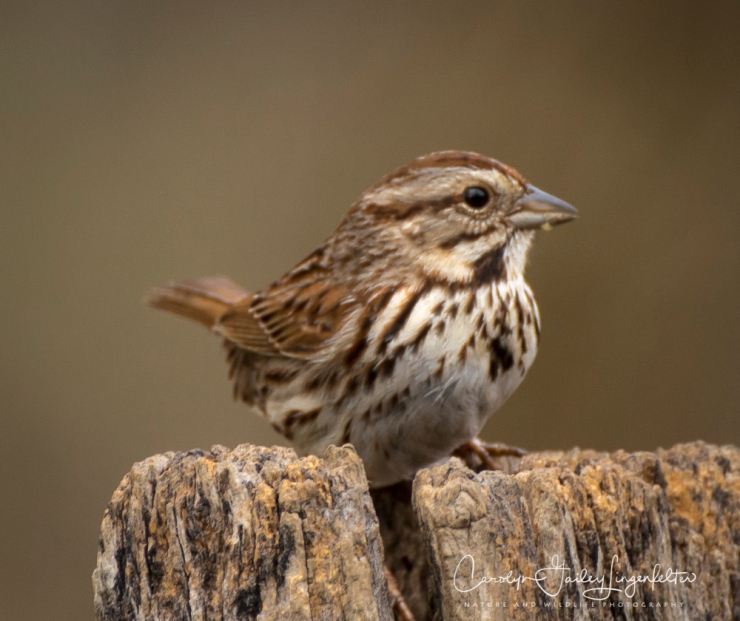 Then, as I was squinting through the lens, waiting to see who would appear next, I got a surprise. Instead of a bird, here is what I saw on the top of the post: 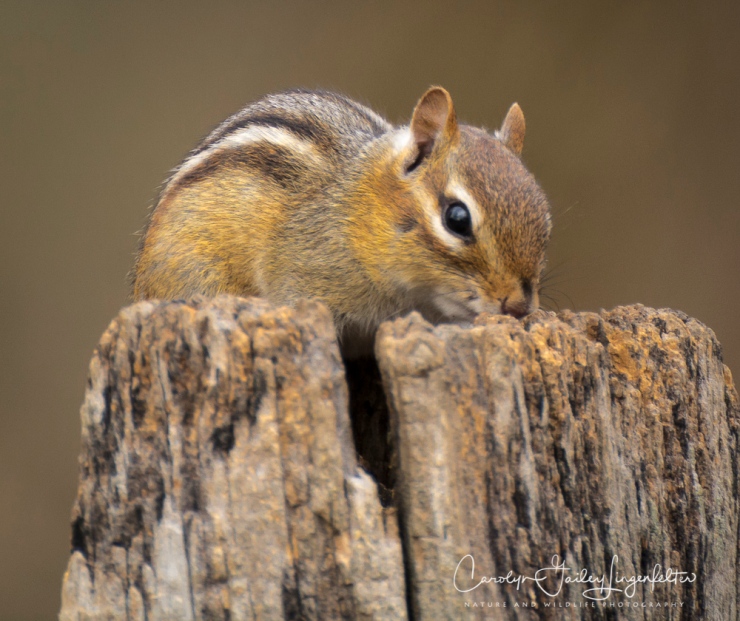 Dusk was falling, and it was a few seconds before I realized the  chipmunk had scurried up the fence post to get his share of the peanuts, but when I did, I got a good chuckle at how quick and clever he was. Light was fading by that time, so I decided it was time to head for home. And that was the end of this trail walk, but it was fun while it lasted!

Thanks for joining me on the trail.
See you soon. ~Trail Walker