On January 1, 2020, I captured a few back yard bird pictures to start off the new decade. Happily, the first bird to pose was an Eastern bluebird,  sitting proudly on top of the nesting box and then flying over for a second photo  opp on the nearby shepherd’s crook.

A familiar  downy woodpecker and a cheerful little titmouse also showed up for their first photo opp of the decade. 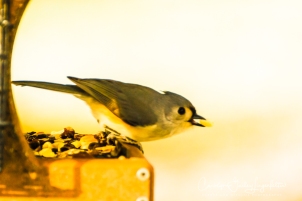 Later in the afternoon, before sitting down for our traditional pork chops, sauerkraut, and mashed potatoes, we decided to start 2020 with a trail walk in Chagrin River Park. That’s where I captured the rest of our new year’s day pictures. Taking  the trail that led us to the river overlook, we followed it for an easy 2.5 miles until it eventually led us back to the fire pit. 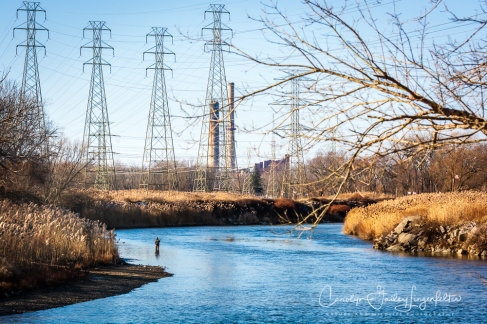 Several deer on the hillside 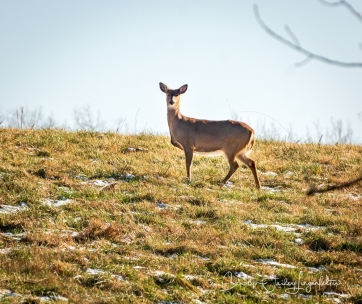 Bench by the river

We weren’t the only trail walkers. 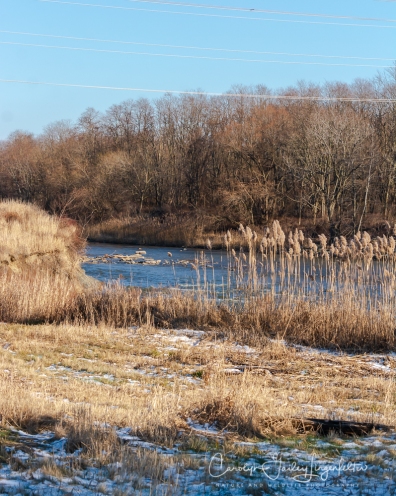 About 2.5 miles after we set out, the trail led us back to the Chagrin River.

There were quite a few other trail walkers enjoying the chilly afternoon; most of them were walking dogs, but nobody was warming up around the fire. Because it was beginning to die out, Bob picked up a couple of logs and built up the fire before we headed for home. Thanks to the fresh air and exercise, we were ready for our sauerkraut and pork chops.

Happy New Year friends and fellow trail walkers.
May 2020 be a good year for you!

I'm an enthusiastic amateur photographer and nature lover, inviting you to join me on my trail walks.

The latest news on WordPress.com and the WordPress community.

Walking with a Smacked Pentax

A photographic journey through the North of England, Scotland and Wales

Strolling around SE Michigan & sending joy in the journey.

Back Porch Bed and Breakfast

Welcome to Our Home

Adventures at the Polar Equator and Beyond

putting down roots in Maine

My Own Paradise: Life on Seven and a Half Acres

Notes From the Hinterland

Exploring the wonders of creation through a 50mm lens...and other lenses too.

STOPS ALONG THE WAY

the breezes at dawn have secrets to tell you... ~ Rumi