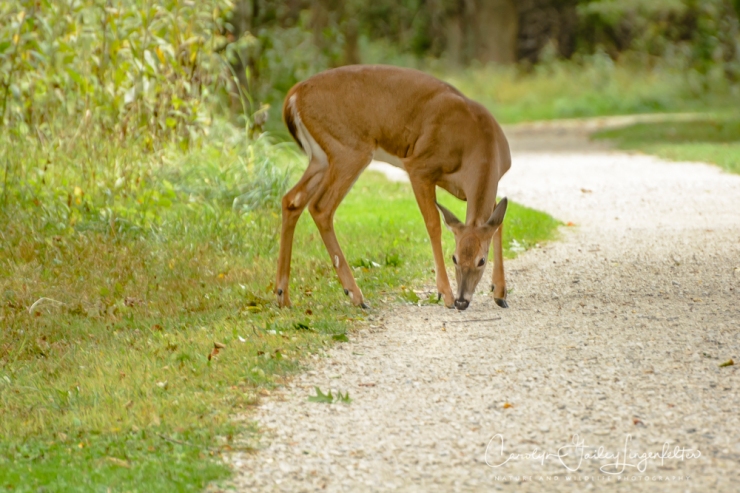 Sunday  afternoon, well, almost evening, was a beautiful time for a trail walk in Chagrin River Park. And I was delighted to find some deer to share it with me. The lovely doe, pictured at the top of this post, was peacefully grazing beside the path near the beginning of the trail. Then, a short distance away, I saw a young-un, still wearing its spotted coat. It was so cute one picture just wasn’t enough, so, as s/he posed very nicely, I repeatedly pressed my shutter button and captured these sweet pictures. (Click on a picture to enlarge them.) When we (the trail walkers) see fawns this young so late in the season, we hope for a mild winter, fearing that they might not be strong enough to survive a harsh one. 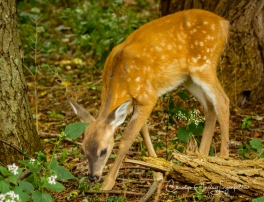 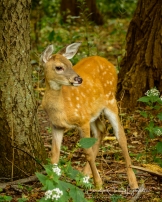 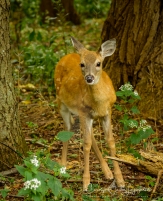 On down the trail I encountered another young one, standing by itself under the trees. As I lifted my camera to capture this picture, he turned and looked straight at me, and I couldn’t have asked for a better pose. I wonder if the plants around him (or her) are as tasty as they look?  I didn’t have to walk far to see still another young one, and it, too, stared straight at the camera, almost as if posing for a portrait. Although small, this one appeared to be a little older because the spots were gone from her coat. Aren’t those eyes amazing? 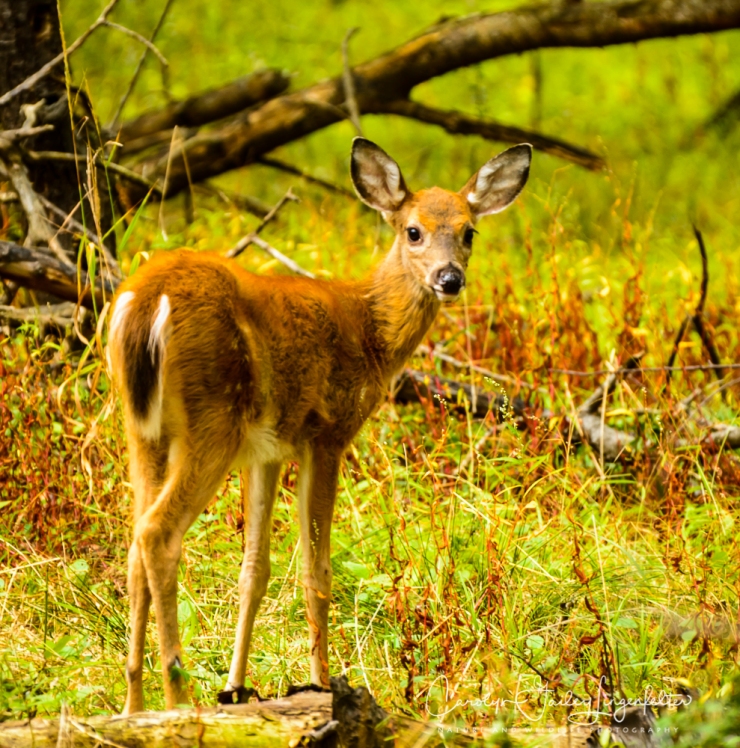 Finally, nearing the end of the trail, I saw one more deer, a more mature one, with a noticeably darker coat. I wonder if the shade of her coat has something to do with the difference in the grasses she is grazing. 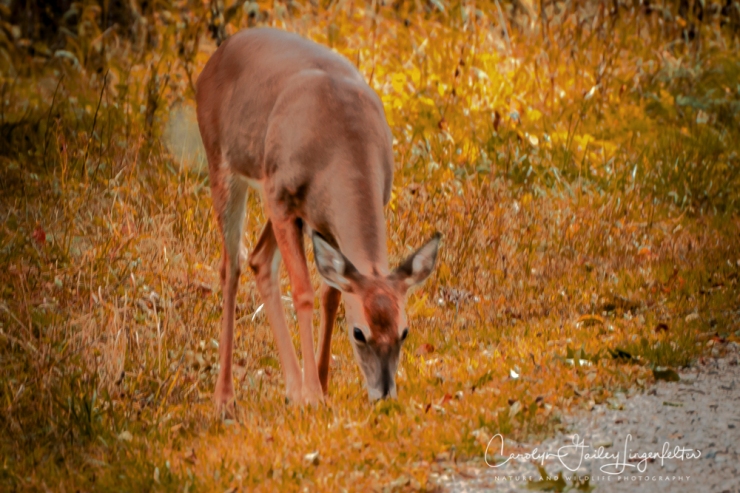 I hadn’t quite reached the end of my walk, but dusk was falling, so I headed back toward my car,snapping pictures of the river trail as I walked along. It’s time to stop now. I’ve run out of deer, so I will save the other pictures for my next post.

I hope you enjoyed this evening walk as much as I did.
Thanks for joining me along the trail.
Trail Walker

4 Replies to “Trailwalking with the deer”