A story I didn’t have the heart to tell until now.

Mr. Bluebird has just peeked into the nesting box. Perched on top, Mrs. B. is wondering if the box is available. “Have the sparrows left?” she queries. “Can we move in?” (That’s my guess at their conversation based on their actions and the expressions on their tiny faces.) 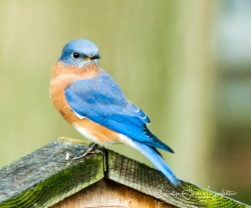 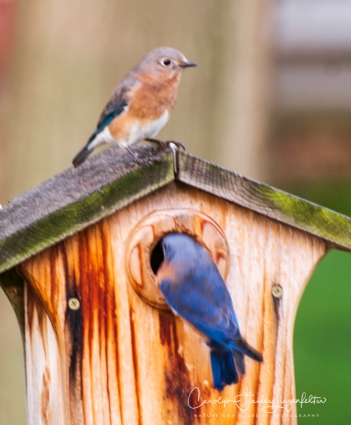 A few months earlier, when summer was at its peak, Mrs. B, with a little help from her mate, had diligently built a nest in this very same box. When the nest was ready, the time had come. She laid three tiny eggs in her carefully constructed nest, and both parents went to work keeping watch over their brood. Day after day, she tended the nest, making occasional quick trips outside to pick up more twigs and a grub or two, carrying them back to the nest in her beak. Sometimes Mr. Bluebird would bring her a grub or a worm, although he mostly patrolled the neighborhood, doing his best to keep the house sparrows and blue jays away from the little family. 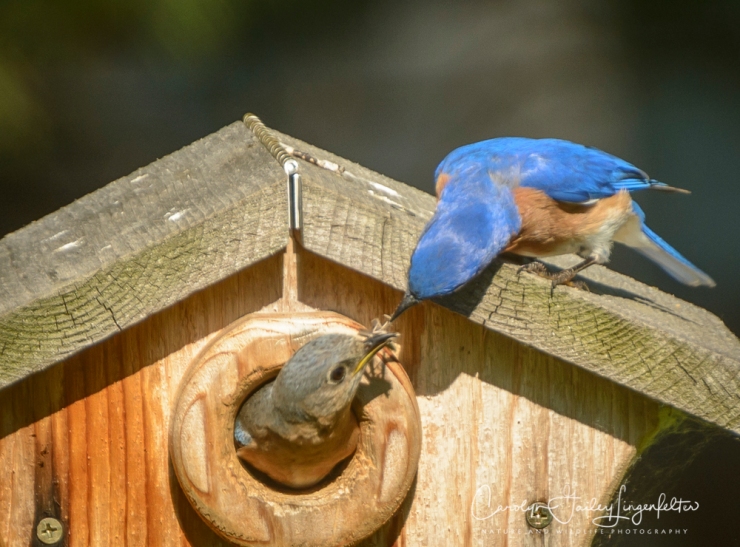 Sadly, his best wasn’t good enough. One morning, when Momma and Poppa were both briefly out of the nest, an intruder got inside. How do I know that? I know because I had been keeping a close eye on the nest from my nearby kitchen window. Seeing the pair of beautiful blue birds, tending the nest so carefully, brought me great joy.

I checked on them every time I passed by the window, and then, one morning, tragedy struck. I glanced out the window and was horrified to see a house sparrow sitting on top of the nesting box, and the bluebirds were nowhere to be seen. I checked the nest often for the next few days. Occasionally I spotted Mr. Bluebird, perched on a nearby branch or on one of the feeders, his eyes scanning the neighborhood, but the momma was nowhere in sight. The house sparrows were around though, entering and leaving the nesting box they had quickly claimed as their own. 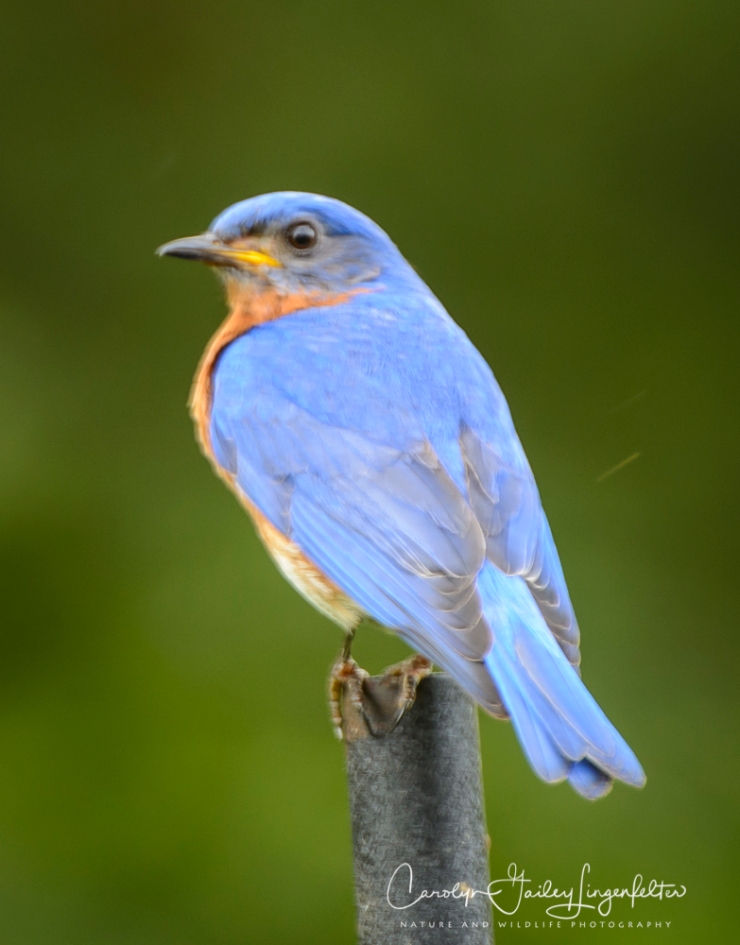 Finally, after a few days, we opened the box and discovered three tiny eggs, with a hole pecked in each one. We sadly cleaned out the box, hoping an empty box would discourage the sparrows. It did, but except for a very rare visit to the neighborhood, the bluebirds were gone. They didn’t return to the nest.

Then one day, months later, at the end of October, I was excited to see a bluebird, not just one, but a pair of bluebirds, in the backyard. I began to keep a close eye on the nest, as I had months earlier, and eventually, as I watched, Mr. Bluebird entered the nest, not once, but several times. And one of those times, a house sparrow flew up and tried to enter the nesting box when the bluebird was already inside. With a flurry of feathers and much beating of wings, the brave bluebird repelled the invader, as I stood at the window and cheered.

What will happen next? I don’t know. I’m rooting for Mr. and Mrs. Bluebird, but the sparrows are persistent. I’m keeping my fingers crossed!

4 Replies to “Is it vacant now? A bluebird catastrophe”